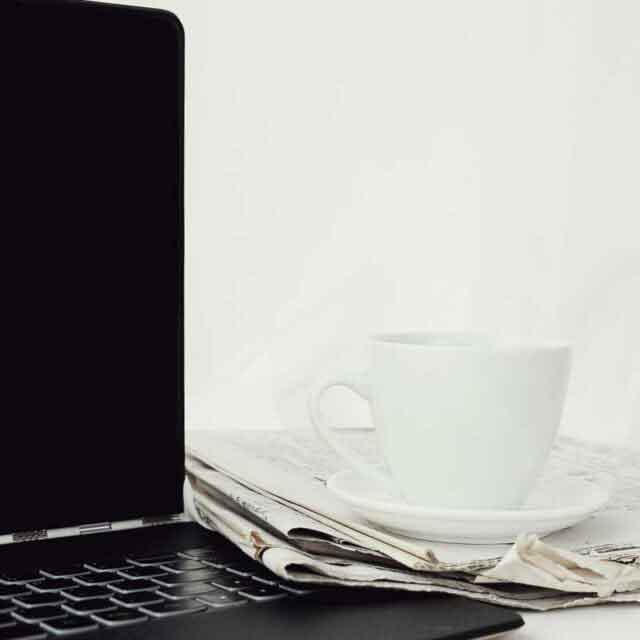 Highlights of silver, lead and zinc assays from trench and chip sampling at the P2 Zone are listed below:

Highlights of silver, gold, lead and zinc assays from rock samples collected from outcrop and float material
at the P1, P6 and P26 Zones are listed below:

These latest results, in conjunction with the first two batches of assay results previously reported confirm:

Chad Williams, Chairman of Honey Badger commented, “Results of our 2021 mapping and sampling program at Plata have exceeded expectations. They confirm the occurrence of extremely high-grade silver over an extensive area, associated with two distinct mineralizing events. We believe the potential for development of silver resources and further discoveries at Plata is excellent.” Plata lies within the Tintina Gold Belt and displays numerous similarities to the world-class Keno Hill Mining Camp, Canada’s second largest primary producer of silver, located 165 km west of the Plata Silver Property. Keno Hill produced more than 200 million ounces of silver at an average grade of 44 ounces per ton (oz/t) of silver from approximately thirty-five vein deposits between 1913 and 1989(1).

Honey Badger is planning an upcoming follow-up 2022 program at Plata with consulting firm Archer, Cathro & Associates (1981) Limited (“Archer Cathro”) and will provide an update once details are finalized.

Results were returned from the P1, P2 and P6 zones located in the core of the property and the P26 zone located 600 metres north of the core area (Figure 1). Mineralization at the P1, P2 and P26 zones is hosted within argentiferous Type I veins observed cross-cutting earlier-formed Type II veins which are typically more gold-enriched (see January 18, 2022 press release). Type II veins have thus far been observed in the Aho zone (P3 and P4 zones), developed within the plane of the Plata Thrust Fault, extending intermittently over a strike length of 800 metres, and the P6 zone, whereas Type I veins occur throughout the property 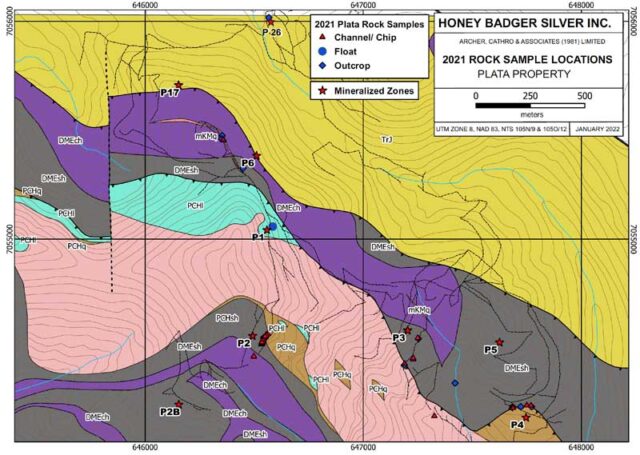 The P-2 vein is located in the hanging wall of the Plata Thrust Fault on the southeast slope of Plata Mountain. Surface mining operations at the P-2 vein produced 7,387 kg of silver – the most recovered from any showing on the Plata property. The vein is hosted in a structure that is oriented at 030°/70°W and which has been traced for 105 metres along strike(2). Assay results from seven channel samples, three chip and four rock samples taken from the P2 zone are tabulated below:

Table 1: Channel, Chip and Rock sampling results from the P2 Zone at Plata

Two rock samples were collected from outcrop and float material within a historic trench at the P6 zone, during the 2021 program. Assays from both samples returned ore-grade gold values, in addition to high – grade silver and lead (see Table 2 below). Drilling in 2011 confirmed the continuity of significant polymetallic silver mineralization at depth and laterally over a strike length of 150 metres at the P6 Zone. Highlight drill intercepts include 1.0 metre grading 1,655 grams per tonne silver, 0.46 ppm gold, 0.25% lead and 1.09% zinc. Veining mapped at surface and anomalous soil geochemistry suggest the P6 structure may extend for 500 metres to the northwest.

A rock sample from a 4 cm wide massive galena and siderite vein exposed in an outcrop at the P26 Zone returned 2,720 g/t silver, 0.32 g/t gold, 72.63% lead and 0.43% zinc. This sample confirms the presence of high-grade silver mineralization in the P26 zone, where historical high-grade bulk sampling reportedly returned grades up to 2,480 g/t silver and 84.61% lead from a 1.5 metre wide vein of massive galena and siderite. 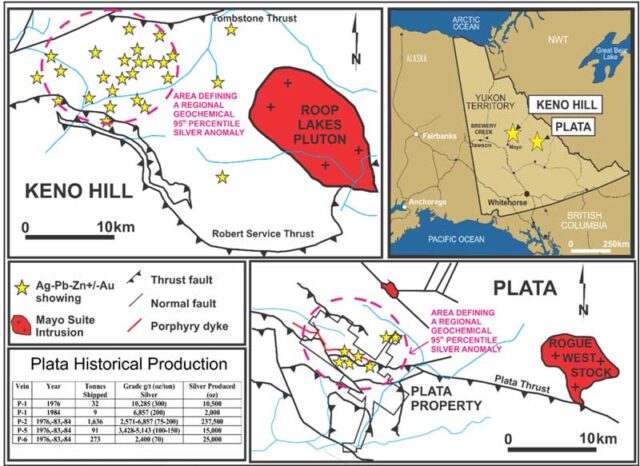 The results of Honey Badger’s 2021 Phase 1 Summer Work Program have been integrated with the large database of historic data available at Plata. While desktop evaluation is ongoing, preliminary analysis has identified a number of compelling targets for follow-up work. Honey Badger is planning an upcoming follow-up 2022 program at Plata with Archer Cathro and will provide an update once details are finalized.

All analyses of rock samples from the 2021 program at Plata were performed by ALS Minerals with sample preparation in Whitehorse and assays and geochemical analyses in North Vancouver. Rock samples were routinely analyzed for gold by fire assay followed by atomic absorption (Au-AA24) and 33 other elements by four acid digestion with inductively coupled plasma-atomic emission spectroscopy analysis (ME-ICP61). Samples that exceeded the detection limits of the routine methods were assayed for silver, lead and zinc by inductively coupled plasma-atomic emission spectroscopy (Ag/Pb/Zn – OG62). Samples with greater than 30% lead were further analyzed by titration (Pb-VOL70). Samples that exceeded the detection
limits using Au-AA24 for gold and Ag-OG62 for silver were analyzed using fire assay and gravimetric finish techniques (Au-GRA22 and Ag-GRA21). Silver samples that exceeded 10,000 ppm were further analyzed by fire assay and gravimetric finish (Ag-CON01).

Technical information in this news release has been approved by Heather Burrell, P.Geo., a senior geologist with Archer Cathro and qualified person for the purpose of National Instrument 43-101

ON BEHALF OF THE BOARD
Chad Williams
Chairman and Director

About Honey Badger Silver Inc.
Honey Badger Silver is a Canadian silver company based in Toronto, Ontario focused on the acquisition, development and integration of accretive transactions of silver ounces. The Company is led by a highly experienced leadership team with a track record of value creation, backed by a skilled technical team. With a dominant land position in Ontario’s historic Thunder Bay Silver District and advanced projects in the southeast and south-central Yukon including the Plata property 180 kms to the east of the Keno Hill silver district, Honey Badger is positioning to be a top-tier silver company.